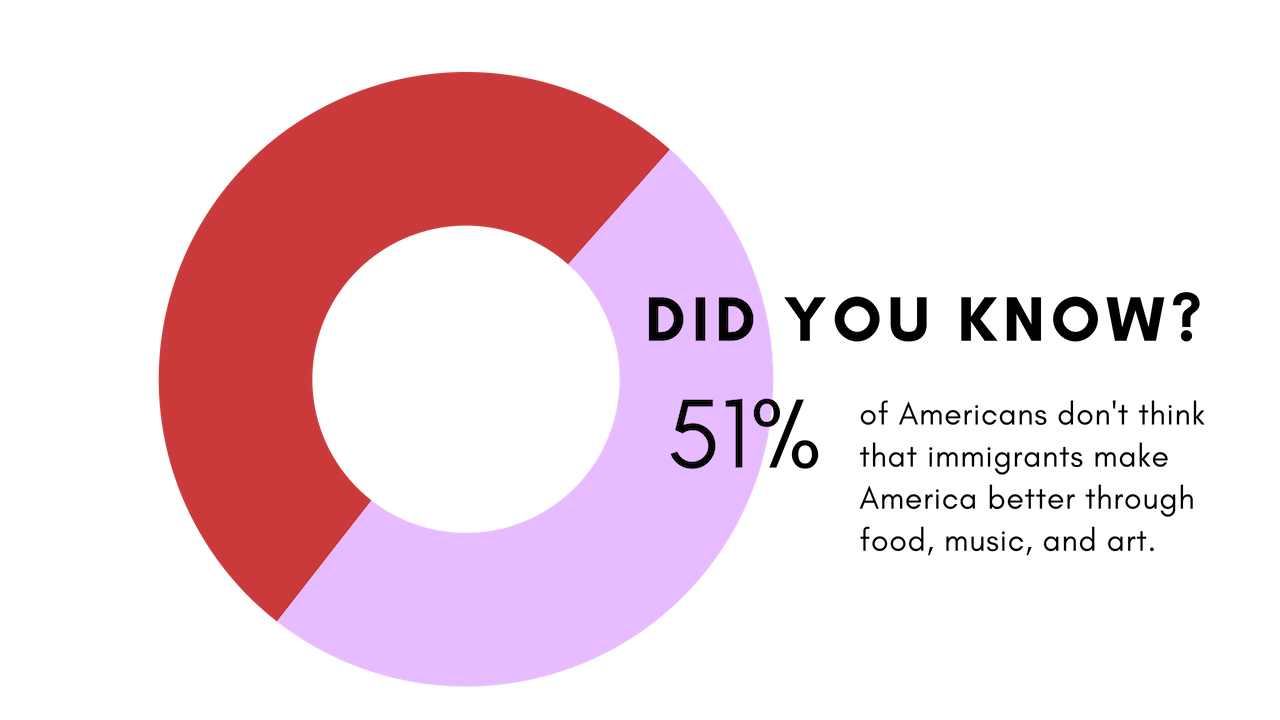 In 2015 roughly half of the U.S. public said that immigrants were making things better through food, music and the arts. But that means that more than half of the population thought the opposite agree. [1]

Many of us want immigrants to act "more American" and to stop changing our culture with their own. But the reality is that change is inevitable and it takes time for people to integrate into a new culture.

INTEGRATION - the process by which members of immigrant groups and host societies come to resemble one another.

Even so, studies do show that migrants tend to have almost completely integrated into American culture by the third generation. [2]
​ 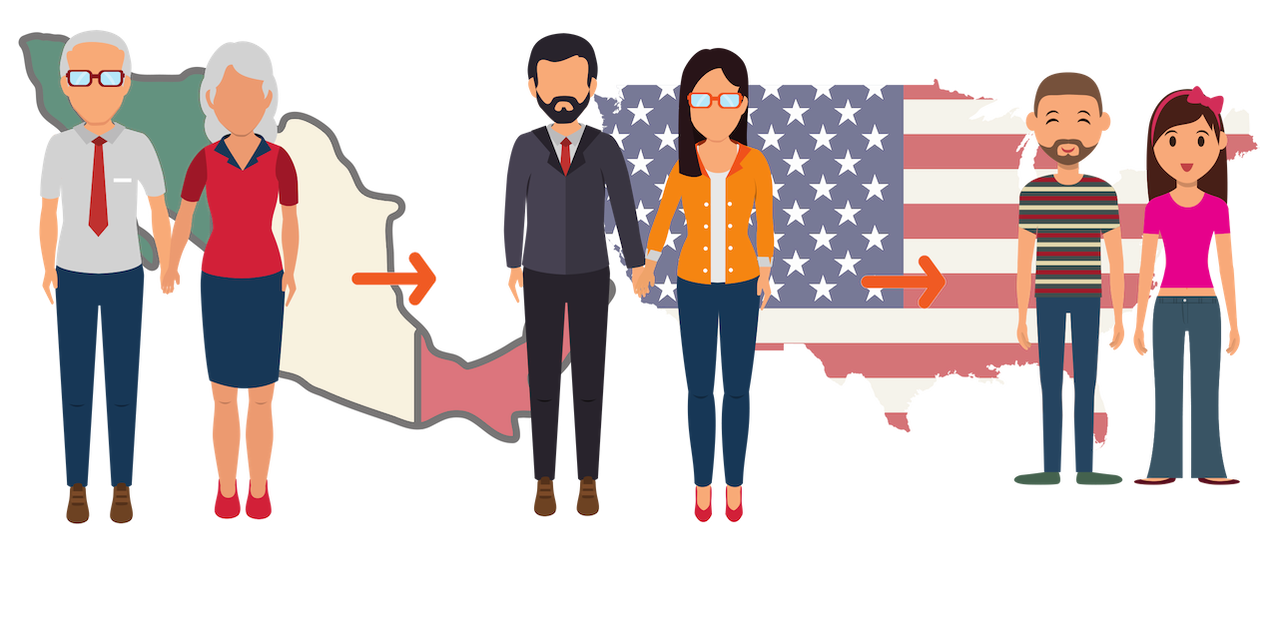 This is actually really quick! Just think about it. Complete cultural integration of a family can happen within the lifetime of just one immigrant. The grandchildren of a migrant may be fully integrated and “American” before their grandparents have even passed away.
We can easily see this in the speed in which immigrants adapt to different aspects of American culture. From personal ideologies to learning English, the ways in which immigrants are reflecting American views and values might surprise you.
Ideology
Ask almost any immigrant why they came to the United States and they’ll likely say that they were looking for the American dream. They don’t want much: a happy family, a safe home in a safe neighborhood, a steady job. Ask an American and their idea of the American dream might be different. Why? Studies show that immigrants are more optimistic about the American dream than even native-born Americans are. [3]

​Could it mean that immigrants are more American than even Americans? It’s possible. As we talk about here, immigration is the foundation of our country. What's more American than an immigrant?
​
​
This is not always the case with Mexicans and Central Americans who tend to come to the US with especially low levels of education—less than 10 years on average. First generation immigrants from these regions achieve lower levels of education than the average immigrant and don’t meet or exceed native levels. However, children of these immigrants consistently exceed their parents’ educational levels.

With an average of 12 or more years of schooling, each new generation’s education level becomes more like the average native-born education level. [5]
Residential integration
Recently arrived immigrants tend to be more segregated and live with people of their ethnicity. This is especially true for undocumented immigrants. In fact, this is one of the reasons that undocumented immigrants tend to integrate so seamlessly into society. By living in areas with expansive social networks, they receive extra support with the integration process. [7] Over time, their dependence on these social networks becomes less necessary. When they have the opportunity to choose more integrated neighborhoods with more ethnic diversity they do so. This pattern is more reflective of the way the most Americans live and shows a pattern of assimilation. [8]

The longer immigrants live in the US the better their English gets!

​Children of immigrants are increasingly fluent in English but not in the language of their parents. Within three generations, most children of migrants can no longer speak their grandparents native language.

This means that migrants and their children really are integrating–sometimes even to their own detriment! In today’s globalized world, bilingualism is becoming increasingly popular. [13] If third generation migrants are losing their ability to speak a language other than English, this could put them at a disadvantage in the changing labor market. Especially if people just assume that should be bilingual because they have a foreign ancestry.

But language isn’t the only way in which migrants are actually integrating into American culture with potentially negative consequences. These other ways might surprise you!

Crime - it goes up 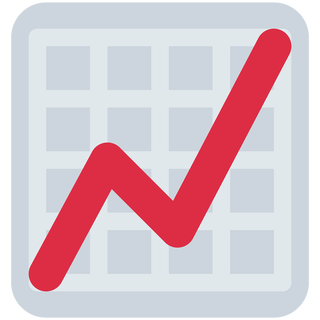 Although most people believe that immigrants engage in more criminal activity than native-born Americans the opposite is actually true. When immigrants first get here, they are less likely to commit crimes than even the native born. More on that here.

Over time though, children of immigrants begin to reflect the native-born crime rate more and more.

As this report on integration by the National Academies of Sciences, Engineering, and Medicine says, “Research has found that assimilated immigrants […] have higher rates of criminal involvement compared to unassimilated immigrants (Alvarez- Rivera et al., 2014; Bersani, 2014). The risk of incarceration is higher not only for the children of immigrants but also for immigrants themselves, the longer they reside in the United States (Rumbaut and Ewing, 2007, p. 11).” [14]

This is called the assimilation paradox. Scholars suspect the change in criminal behavior is because immigrants are taking on the values of certain American subcultures like youth gangs. [15]

Immigrants tend to come to the U.S. valuing two-parent families and strong community relationships. [17] For the most part, their divorce rates and out-wedlock birth rates are much lower than the rates for native-born Americans and they tend to live with multiple generations residing in the same household. But over time and generations immigrant households reflect a much more American version of family values.[18]

By the third generation especially, two-parent family rates in immigrant households are on par with the rates for native-born families—meaning that they've lessened. Many scholars see this convergence with American culture as a disadvantage for immigrant families since single parent households tend to be poorer than two-parent households.[19]

All this to say that immigrants are actually following our customs and assimilating to our culture—so much so that over time immigrant populations tend to reflect not just the good but also the bad aspects of American culture.

And they don’t just do this inside the borders of the United States. They also bring many of these customs back to their countries of origin.

Social remittances are non-monetary ways that immigrants send things back to their home countries. Essentially, migrants can send their learned behaviors and new cultural attitudes back home, changing the dynamics of origin countries.[22]

Some researchers argue that migrants can remit “modern” attitudes that often change basic values of origins countries. For example, active migrant families are more likely to support gender equality, education, and the accountability of local institutions than non-migrant families. In many areas, these modern attitudes could be attributed to American values remitted through migrants.[23]

Regardless, integration is a two way street. Migrants definitely learn from Americans, but Americans can learn from migrants too. Especially when it comes to crime, health and diet, and family values.

In fact, A lack of social acceptance can actually create barriers to integration.

Remember, those negative stereotypes we have about immigrants being criminals and rapists? If we keep those alive they’re more likely to hurt a migrant’s chance of integration. [25] And as we've already learned, poor integration could lead to poverty and higher crime rates.

At its best it's a catch 22. At its worst, it's a self-fulfilling prophecy.

Even though by the third generation the good things that immigrant households bring to the U.S. tend to slip away, they still leave a lasting mark on our culture. ​

​Crime
For the first few generations at least immigrants have a positive effect on American crime. More immigration is actually associated with lower crime as you can see here. [20] Influxes of immigrants to large urban areas could actually help us with our crime problems, not make them worse.
​

Health
As long as new immigrants continue to come to the U.S. they bring with them their healthy habits and diets. New restaurants with healthier foods (think Taco Truck vs. Taco Bell), more active lifestyles (think going out to Latin Dance Clubs vs. watching Dancing with the Stars), and an overall more positive outlook on life (Remember the ideology section above? Think being optimistic about the American dream vs. being jaded by it) are things that are bound to rub off on us.

​Family Patterns
The strong ties to community that many immigrant families have are actually really good for local economies. They enhance neighborhood social organization and relationships and they can even help revitalize low income neighborhoods. [21]
The reality is that we live in a globalized world and that as much as we don’t want it to, culture changes. The sooner we come to accept that the better.
​

We affect migrants as much as they affect us.

Accepting and embracing these changes is the best way forward because other cultures give us great things that we love and even think of as distinctly American. I mean, what would we do without Texas (Mexico), democracy (the ancient Greeks), [26] and pizza (Italy)?
​As we show here, migration is really important to American culture and always has been. Just because USCIS has changed its motto from “a country of immigrants” doesn’t mean that it's no longer true. Practically everyone in the United States can trace through their heritage and find an migrant ancestor.

Plus, it’s likely that life would be much less interesting without all the other cultures that we draw inspiration from.

If you ask us? We're pretty sure that we're lucky to be able to house a hugely diverse immigrant population within our country.

[1] See the third paragraph of “How do Americans view immigrants and immigration?” on http://www.pewresearch.org/fact-tank/2018/09/14/key-findings-about-u-s-immigrants/

[3] https://www.nap.edu/read/21746/chapter/9; see page 332. Direct quote, “In 2014, almost 70 percent of immigrant parents said their children will prosper relative to themselves, compared with only 50 percent of native-born parents.”

[15] https://www.nap.edu/read/21746/chapter/9; see page 330. Direct quote: "Some scholars think its because these children are more assimilated to American culture including by “adher[ing] to deviant subcultural values of youth gangs.”

[18]  See page 8 of https://www.nap.edu/read/21746/chapter/9; Direct Quote: “Immigrant divorce rates and out-of-wedlock birth rates start out much lower than the rates for native-born Americans generally, but over time and over generations these rates increase, while the likelihood of living in extended families with multiple generations under one roof declines.”

[19]  See page 8 of https://www.nap.edu/read/21746/chapter/9; “Two-parent families provide children with a number of important advantages: they are associated with lower risks of poverty, more effective parenting practices, and lower levels of stress than are households with only one or no parents. The prevalence of two-parent families continues to be high for second generation children, but the percentage of children in two-parent families declines substantially between the second and third generations, converging toward the percentage for other native-born families. Since single-parent families are more likely to be impoverished, this is a disadvantage going forward.”

[22] From, Remittances, Bonds and Bridges: Remittances and Social Capital in Burundi by Sonja Fransen