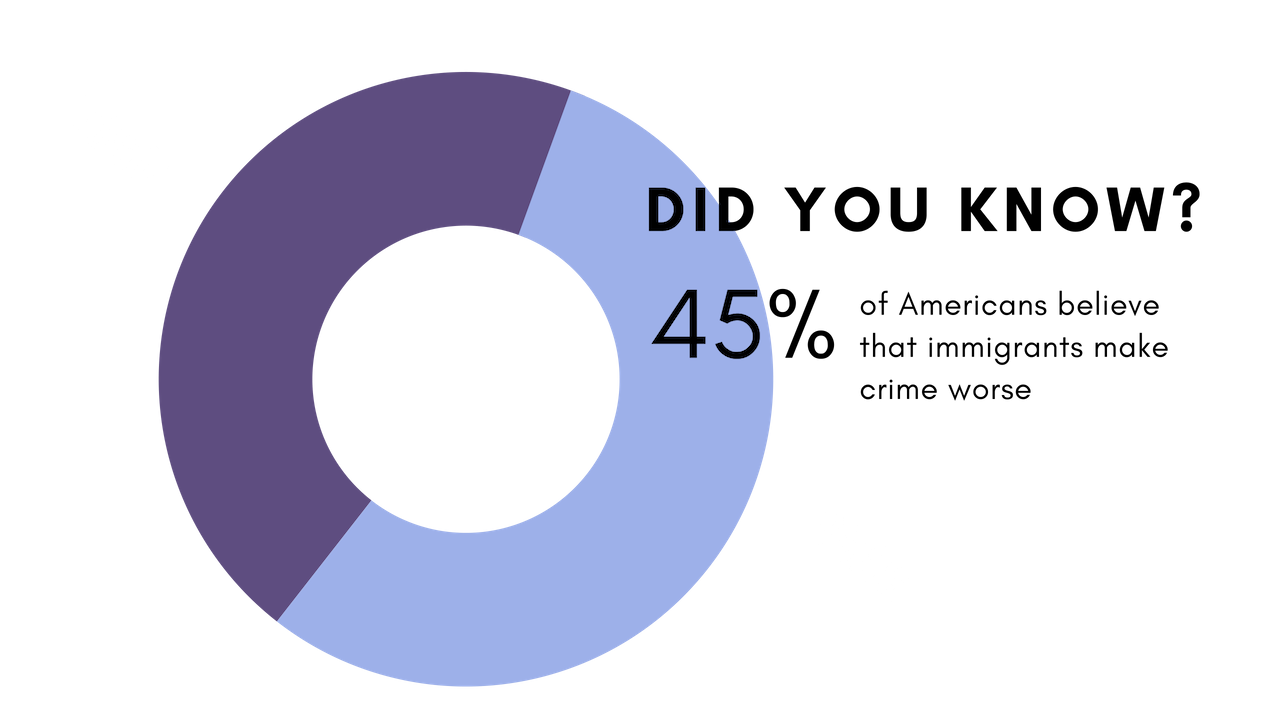 [1]
When you think about it, it seems logical.

​Most immigrants are young men, the most violent and crime committing population in the world. The better question is why wouldn’t they commit more crimes? [2]

But just because its logical does not mean that its true. The simple fact is that...

Overall, most studies on immigrants and crime show that immigrants commit fewer crimes than native-born Americans. [3] But, like anything in life there are a few exceptions [4]:

Exception #1:
Children of immigrants, for example, are more likely to commit crimes than their parents. When that’s true, immigration could have an indirect effect on increased crime. However, the crime rates of immigrant's children never exceed the crime rates of native-born Americans. [5] In fact, when you look at crime rates a little more critically, that particular trend seems to say more about immigrant assimilation than anything. Curious? Click here to learn more.

Exception #2:
Even though illegal immigrants aren’t actually more criminal than native-born Americans (more below!), some people do think they could have an indirect impact on crime rates. This is because if they put native Americans at an economic disadvantage by taking their jobs, natives may be more likely to commit crimes. But do immigrants actually steal our jobs? Click here to learn more. [6]
But how could this be? It’s because when looking at U.S. wide crime data, immigration is actually linked to lower violent and property crimes.

Violent Crime
For every 1% increase in immigrants, the overall violent crime rate decreases by 4.9 crimes. For murder in particular, the reduction is about 0.11 crimes and for robbery its 4.3 crimes. At first glance, these seem like really small numbers. For murder, it’s less than a 1 crime decrease! But keep in mind that murder is less common than other violent crimes like assault, so it makes sense that it would be a smaller number. Plus, murders are measured per 100,000 people. [7]

Property Crime
Property crimes decrease even more than violent crimes when immigration increases. With every 1% increase in the immigrant population, property crimes decrease by 99 crimes per 100,000 people. Broken down, burglary goes down by 45 crimes and larceny by 54 crimes per 100,000 people. [9] In our same New York City example above, that means there could be a reduction of 8,514 crimes for every 1% increase in the immigrant population.​ [10]

In fact, if you look a little closer at those numbers they seem to show that immigration could even be making crime rates better. Some scholars even go as far to say that the over-all decline in crime in the US over recent decades is partly because of an increase in immigration. [11]
​
There are plenty of factors to consider when thinking about crime rates so we could use more research before being sure that that’s true. But about this the evidence is clear:
​

1. Immigrants are less likely to commit crimes than U.S.-born citizens. [12]
​2. Immigration does not increase violent crime or crime in major cities. [13][14]

This is even true historically. Those old stereotypes about Irish, Italian, and Europeans as particularly crime prone? They aren’t actually true. Even back then immigrants were less criminal than natives. [15] 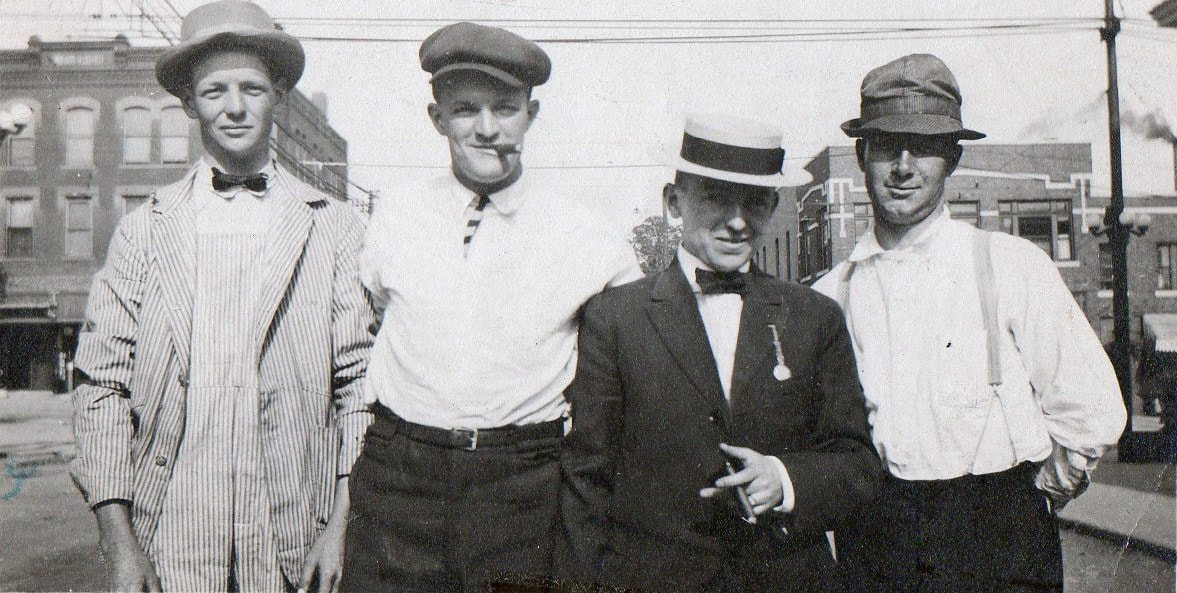 “Problem” Country Immigrants
Stereotypes about Latino immigrants makes them seem particularly crime prone. But when looking at Hispanic immigrants in particular the trends are the same:

But this data only looks at legal immigration. Isn’t the problem with illegal immigrants? They break the law when they come to the U.S. so wouldn’t they care less about following it once they actually live here?

Crime and Illegal Immigration
There are many theories on why undocumented immigrants might be more likely to commit crimes than documented ones. Let’s explore some of them:

Well, as surprising as it sounds, it's actually good for crime. Having family and friends already living in the U.S. cushions migrant communities with social organizations and institutions. These organizations (like church groups, companies owned by immigrants, circles of friends and family) shelter immigrants from economic hardships and poverty by giving them social networks (friends!), childcare, housing, transportation assistance, and many other things. [24]

So, what does this mean?

Looking for another case study example? Check out this study on California, another state with a huge immigrant population.

Further reading/summaries
Sources Referenced:
[1] https://news.gallup.com/poll/1660/immigration.aspx; We went with the lower stat, 45% from Gallup. See question "For each of the following areas, please say whether immigrants to the United States are making the situation in the country better or worse, or not having much effect. How about -- [RANDOM ORDER]?” in the section called “The Crime Situation.” PEW has another stat at 50% from paragraph three of  “How do Americans view immigrants and immigration?” here. Data is as of 2017.
​
[2] https://www.nap.edu/read/21746/chapter/9; The Integration of Immigrants into American Society: Chapter 7, Sociocultural Dimensions of Immigrant Integration. Page 327, see “Crime” section

[6] https://onlinelibrary.wiley.com/doi/epdf/10.1111/1745-9125.12175; see page 374. Exact quote is "could increase overall crime by putting native low-skilled US workers at an economic disadvantage by taking their economic opportunities and jobs. These natives could then turn to crime to better their own economic positions."

[12]  https://www.nap.edu/read/21746/chapter/9; page 326. Also, see page 3 of this Cato Study. The direct quote says: “The vast majority of research finds that immigrants do not increase local crime rates and that they are less likely to cause crime and less likely to be incarcerated than their native-born peers.”

[18] https://onlinelibrary.wiley.com/doi/epdf/10.1111/1745-9125.12175; see page 373. Direct quote: "Their formal exclusion from the labor market may cause them an economic disadvantage forcing them to participate in more illicit activities to make money,"

[27] https://object.cato.org/sites/cato.org/files/pubs/pdf/irpb-4-updated.pdf (see background section); Direct quote: “immigration enforcement programs targeting illegal immigrant criminals have no effect on local crime rates, which indicates that they are about as crime prone as other residents”

[28] Keep in mind that the Cato Institute is a Libertarian research organization with its own agenda and biases. But, the Libertarian Political Party is neither democrat or republican making it an interesting source of potentially bi-partisan information.