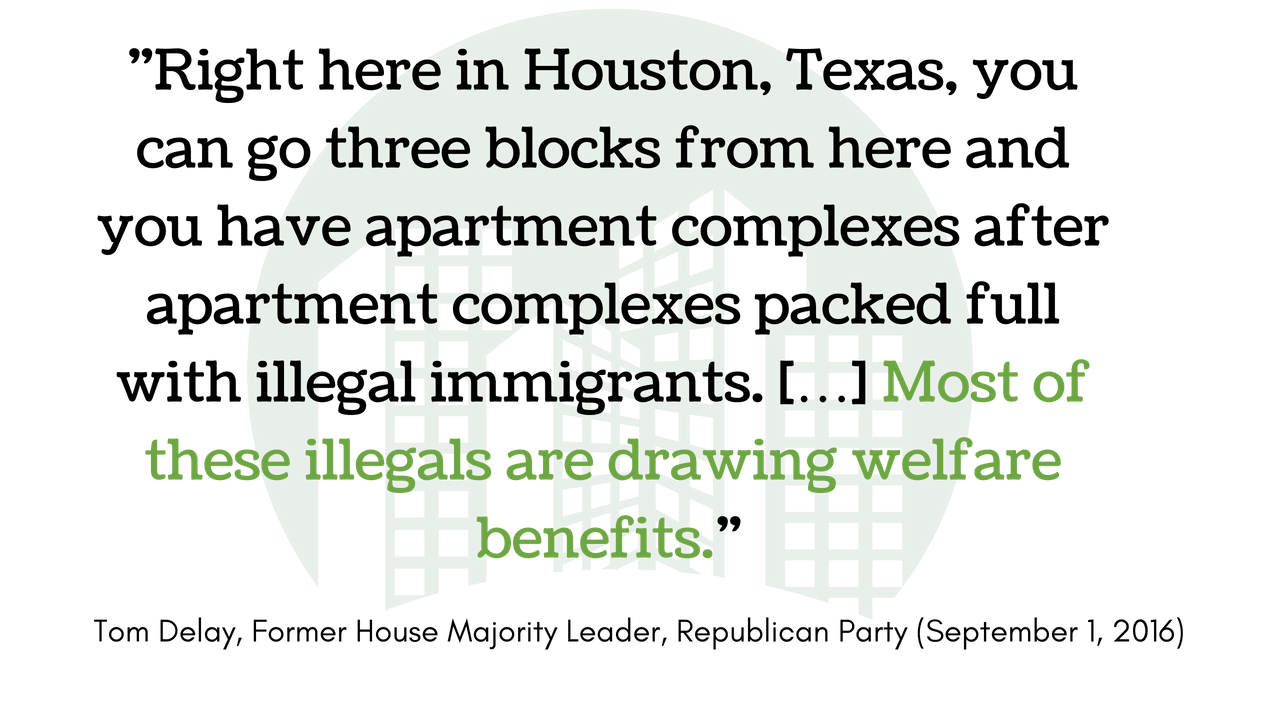 Despite what many people think, the reality is that, illegal or not, most immigrants don’t actually qualify for public assistance programs. ​

The Personal Responsibility and Work Opportunity Reconciliation Act of 1996 (PRWORA) was one of the first policies to limit immigrant’s participation in public programs. [2] And, although it has been changed throughout the years [3] many of the policies outlined in that congressional act still stand. 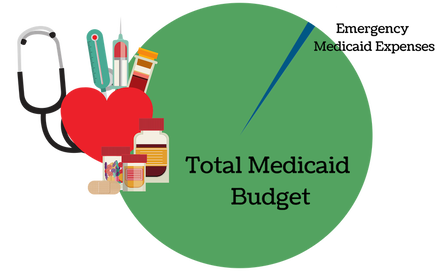 ​Lawful Permanent Residents (LPRs)
Lawful permanent residents must be in the US for five years before they are eligible for benefits. However, states may provide benefits to some LPRs before the five-year wait period, and exceptions may be made for children and pregnant women to permit their access to SNAP and Medicaid even if they have not met the five year residency minimum.

Refugee and asylee status is a special exception. Refugees and asylees can receive most benefits as long as they fit the eligibility criteria.

Temporary/Provisional Immigrants
Temporary migrants, such as immigrants on a work or student visa, are unable to receive benefits from public programs. This also includes recipients of DACA (Deferred Action for Childhood Arrivals).

Undocumented Immigrants
Like temporary/provisional immigrants, immigrants without legal authorization to be in the US are unable to receive most welfare benefits. However, some states make permit some undocumented immigrants to receive emergency Medicaid. Overall, the cost of emergency Medicaid is estimated at 2 billion dollars annually, which is less than 1% of the total annual Medicaid budget. [6]
Other State Exceptions to Federal Rules
Other exceptions involve programs for children. The National School Lunch program, for example, does not consider citizenship or immigrant status for eligibility, and neither do the Special Supplemental Nutrition Program for Women, Infants and Children (WIC) or Head Start. [7]

When considering welfare usage by percentage, immigrant use is about the same as native use. From 2014-2016 census bureau data, we can see that 31.2% of all non-citizens and 25% of naturalized citizens use one of the four main welfare programs. In contrast, 26.1% of U.S. born citizens use at least one of the four programs. [12]
​​

Individual Immigrants and Welfare by Program
The following statistics are based on individual, not household, data from 2014-16. For example, if there are 2 immigrant parents and one naturalized citizen child in a household, because only the child is eligible for welfare benefits, only that child and not the two parents is represented in the data. [13]

All groups receive about the same TANF, or cash assistance, by percentage. Both 1.4% of non-citizens and naturalized citizens receive TANF which is almost the same as the 1.1% of U.S. citizens who use TANF.
​

Percentage-wise, Medicaid is predominantly used by the U.S. born at 20.4% of the native population. Following close behind, 18.3% of non-citizens and 18.4% of naturalized citizens receive Medicaid or CHIP.
​

Plus, even when they receive benefits, the benefits that immigrants—both adults and children—receive cost less, which converts to less money expended by the US government. Take Medicaid for example. On average, non-citizen adults’ Medicaid costs 42% less than US-born adults’ Medicaid. For children, non-citizen children’s Medicaid costs 66% less than the cost of Medicaid for US citizen children born to US citizen parents. [18]

Immigrants and Welfare Measured at the Household Level

​​Overall, 6.8 million individual non-citizens (31% of all non-citizens) use at least one of the four benefits whereas 10 million non-citizens live in families in a which a family member was receiving public benefits (47% of all non-citizens).
Still, even if immigrants did receive public benefits at the level that CIS tries to prove, many immigrants pay taxes that pay for those benefits whether they receive them or not. Undocumented immigrants especially, are likely to pay into a system without receiving the benefits of public programs like SSI. [22]  ​
It's also interesting to note that, across the board, immigrant families are more likely to work while receiving benefits than native-born citizens. From 2014 to 2016, 58% of adult immigrants receiving welfare benefits were employed in contrast to the only 44% of employed U.S. born welfare recipients. [23]
​

On the whole, the information that’s available to us is clear:

1. Immigrants do not abuse the welfare system.
In fact, few immigrants qualify for public programs. Those that do use welfare, receive benefits at about the same rate as the US born and yet usually end up costing the government far less money than natives.
​
2. Immigrants may live in households with other people who receive benefits.
This use of welfare, however, meets the legal eligibility requirements and shouldn’t be considered abuse. Instead, it may be more reflective of immigrant assimilation. Want to learn more? Check out the culture and assimilation section here.

[2] See this article from The Migration Policy Institute: https://www.migrationpolicy.org/article/immigrants-and-welfare-use

[3] See this article from The Migration Policy Institute: https://www.migrationpolicy.org/article/immigrants-welfare-reform-and-coming-reauthorization-vote

[4] Most of the information from this section comes from page 4 of this report by the CATO institute: https://object.cato.org/sites/cato.org/files/pubs/pdf/workingpaper-13_1.pdf. For a shorter summary of the same report see this link: https://www.cato.org/publications/economic-development-bulletin/poor-immigrants-use-public-benefits-lower-rate-poor

[5] The same information can also be found here: https://aspe.hhs.gov/basic-report/overview-immigrants-eligibility-snap-tanf-medicaid-and-chip

[6] See this guest article from Tara Watson of Williams College at: https://econofact.org/do-undocumented-immigrants-overuse-government-benefits

[7] See this guest article from Tara Watson of Williams College at: https://econofact.org/do-undocumented-immigrants-overuse-government-benefits and also this article from CATO: https://www.cato.org/publications/economic-development-bulletin/poor-immigrants-use-public-benefits-lower-rate-poor

[8] See this guest article from Tara Watson of Williams College at: https://econofact.org/do-undocumented-immigrants-overuse-government-benefits

[10] See the summary of the full article from CATO: https://www.cato.org/publications/economic-development-bulletin/poor-immigrants-use-public-benefits-lower-rate-poor

[22] See this guest article from Tara Watson of Williams College at: https://econofact.org/do-undocumented-immigrants-overuse-government-benefits